Which Mouthwash Should You Be Using? 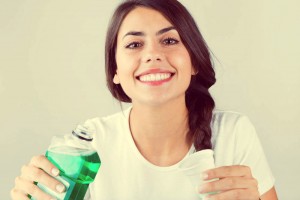 How to Use Mouthwash Properly

Studies have found that using an antiseptic mouthwash twice a day over a six month period as part of a dental routine helped to reduce the build-up of plaque and decreased the presence of gingivitis (gum disease). Mouthwash should however never be used a replacement for brushing your teeth as it is not as effective as cleaning teeth and gums manually with a toothbrush and dental floss.

If you are looking to introduce mouthwash into your dental hygiene routine or you currently use a mouthwash, you may be overwhelmed by the amount of varieties available and may feel uneducated as to the best practices when using mouthwash. If this is the case then this article can help you.

How to Use Mouthwash Properly

Don’t use mouthwash straight after brushing or flossing

Firstly, whilst it is most common for people to use mouthwash after brushing and flossing, studies have found that doing so can actually have a negative effect on your dental health. This is due to the fact that swirling your mouth out with mouthwash will wash away the fluoride residue left on your teeth by toothpaste. In some instances the chemicals within mouthwash can react with the chemicals in toothpaste cancelling out the benefits of each other.

Most dentists will recommend that after you brush your teeth you should spit out the extra toothpaste in your mouth but should not rinse your mouth out with water as doing so will remove the fluoride in your toothpaste. Rinsing your mouth with mouthwash can have the same effect. In order to prevent this you should wait half an hour between brushing your teeth and using mouthwash.

Use mouthwash at lunchtime

An alternative measure is to use mouthwash at another time of the day, such as after lunch. Using a mouthwash at this time of the day will mean you are not interfering with the beneficial properties in your toothpaste whilst still reducing your chance of developing decay.

Swirl mouthwash for one minute

Another bad practice that people have when using mouthwash is that they do not use it for long enough. In order for the ingredients in mouthwash to work you should swirl it in your mouth for around one minute.

What are the Different Types of Mouthwash?

There are a variety of different mouthwashes available, each with different ingredients. Some mouthwashes claim to remedy bad breath or even whiten your teeth. You should be aware that hydrogen peroxide, the whitening ingredient, can only be used in small doses and would not be powerful enough in a mouthwash to make a significant difference.

Most mouthwashes contain alcohol. Alcohol is included in mouthwash as it helps to make the active ingredients within the mouthwash work effectively. Dentists have debated about whether alcohol-free options are better than mouthwashes containing alcohol. One of the reasons being that alcohol can dry out your mouth, which can encourage bad breath.

People also have differing levels of sensitivity which can flare up in reaction to alcohol. If are finding mouthwash is causing a burning sensation in your mouth, gums or cheeks then you should switch to an alcohol-free version.

Mouthwashes containing chlorhexidine gluconate are designed to help those who suffer with mouth ulcers and can be used to prevent gum disease.

If you have had a tooth extracted or have an injury or infection in your mouth then you can help sterilize the area by rinsing your mouth out with a homemade mouthwash containing warm water and salt. This can be particularly helpful if you have knocked your tooth out and you are waiting on a dental emergency.

Mouthwash should never be used as a substitute for brushing and flossing your teeth. It has proven to be helpful in preventing gum disease and can help you if you have dental problems including an increased chance of developing tooth decay. If you have any questions about mouthwash, or wish to speak to a dentist about which type of mouthwash you should be using, then you can contact The Berkeley Clinic, dentist in Glasgow, to make an appointment with our dental team.

This entry was posted on Thursday, June 18th, 2015 at 8:19 am and is filed under Dental Health. Both comments and pings are currently closed.