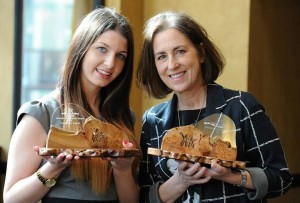 We would like to congratulate Kirsty Wark, this year’s winner of the key Woman of Influence Award and Kimberly Low who has won an important Community Award. We have no doubt that you will make all of us proud in your new role!

This year’s event has raised £73,394 bringing the total figure to £1,023,394 since the first event in 2000. Women of Influence Awards are organised by a committee of active Scottish women who volunteer their valuable time to deliver this event, and raise funds for Action for Children Scotland.

The Berkeley Clinic has been supporting Action for Children charity for a number of years. Our care team believes that it is vital to support the most disadvantaged members of our community and help to improve their standard of living.

If you would like to participate in the Berkeley Clinic’s philanthropic activities give us a call on 0141 564 1900.

This entry was posted on Wednesday, April 23rd, 2014 at 10:42 am and is filed under News. Both comments and pings are currently closed.

« Would You like A Dazzling New Smile?
Do you have dental anxiety? »